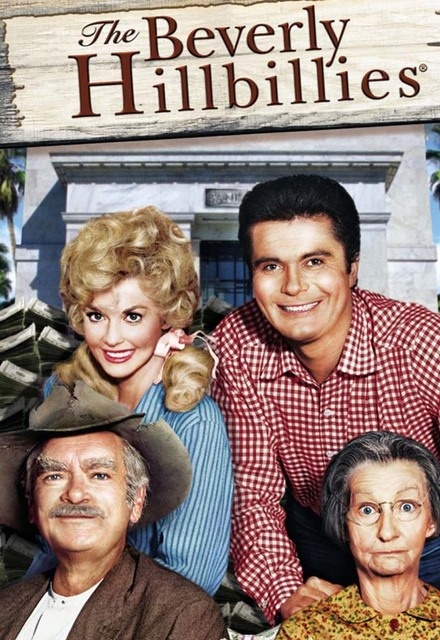 Avg Rating (4.12)
Your Rating
on CBS
Tracked 290 Times
Concluded
9 Seasons, 274 Episodes
30 Minutes
Buy or StreamAmazonAmazon UK
CBS Comedy Family Sitcom
CBS hit a ratings gusher with this rustic sitcom about a poor mountaineer turned oil baron who relocated, along with his eccentric clan, to 'the hills of Beverly.' The series frequently topped the Nielsens during its nine-season run. It also spun off the long-running 'Petticoat Junction' (which, in turn, spun off 'Green Acres'), but a 1993 feature film based on the original proved unsuccessful.
Share on:

My favorite show of all time! This show never gets old and is hilarious! This is tv at it's best. Always true and honest.

This show never gets old.

Use to like watching this show all the time. Granny was always a hoot. Jed, Jethro and Elly May great cast. and very funny show then and even now. Hillbillies in Beverly Hills that would be something.

Growing up we only had 1 tv and no cable. We own two shows and this was one of them. I love this show and have probably watched every single every episode more than once. Funny and a classic.