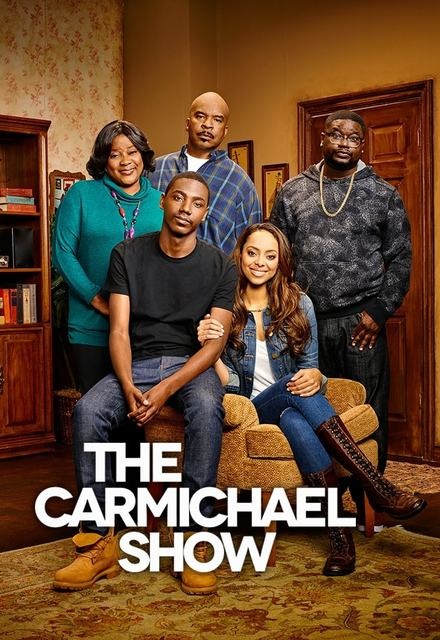 Avg Rating (0)
Your Rating
Wednesdays, 9:00 PM EST on NBC
Tracked 1,118 Times
Concluded
3 Seasons, 32 Episodes
30 Minutes
Buy or StreamAmazonAmazon UK
Comedy NBC Sitcom
From the comedy of Jerrod Carmichael and Nick Stoller (“Neighbors”) comes an irreverent sitcom inspired by Jerrod’s relationships with his say-anything contrarian father, therapist-in training girlfriend, ever-hustling brother and mother, who is always, always, always right with Jesus. Taking the next step and moving in together, Jerrod and his girlfriend, Maxine (Amber West), are your average young couple trying to make it in the city. They’re smart, motivated and looking to build a fulfilling life together. The only thing standing in their way is family. Between Jerrod’s larger-than-life brother, Bobby (Lil Rel Howery), and his smothering and passionate parents (David Alan Grier, Loretta Devine), Jerrod and Maxine will be put to the test navigating the boundaries of romance, family and sanity.
Share on:

While there are some things not to like, overall, I really like this show. It is edgy, bringing up controversial topics be it political, social, even personal. Their family dynamics is the situation that is comedic, but they delve deeply into taboo topics, that's why it's not as funny as it could be. When I want stupid comedy, I'll watch VEEP, The New Odd Couple or 2 Broke Girls, this show makes you think.

the show is filled with sly jokes and elaborated metaphores,cast is also amazing.every time i watch it i laugh out loud.i recomend this show,it's hillarious.

I was expecting this to be a funny tv show, but end up in being actually the opposite... forced jokes, and the fake laughs in the background., please! Skipping this one

After season 1 the show became even sharper. Funny political topics and not just cast-centric fluff. Thumbs up!

Comedian Jerrod Carmichael has taken on the task of sinking his own show.
Without the comedic stylings of Loretta Devine and David Alan Grier this show would die a horrible death, their timing and delivery causes one to burst into laughter. Thank you Mr. Grier, you have been missed. Unfortunately, Amber Stevens-West hasn't hit the comedic stride that was apparent in Greek.
If this show focused more on the funny rather then trying to make social comments, its life may be extended.

It's cute ... not great but cute... there have been worse comedies than this on this year so I'll keep watching for now

I absolutely loved this short sitcom. They give us good shows and they take it away. Really good family themed show. Comedy with a message. NBC hardly promoted this show and now they're canceling it. I didn't catch on until after the 2nd season ended. Carmichael Show feels just like the black version of Everybody Loves Raymond.

It's ok, but a little heavy on the stereotypical scream-talking..

Its got some risque jokes and there is some funny button pushing and sillyness, The Carmichael Show has possibilities
but everyone delivers well . I just need to see some more to decide ,
But so far , so good !