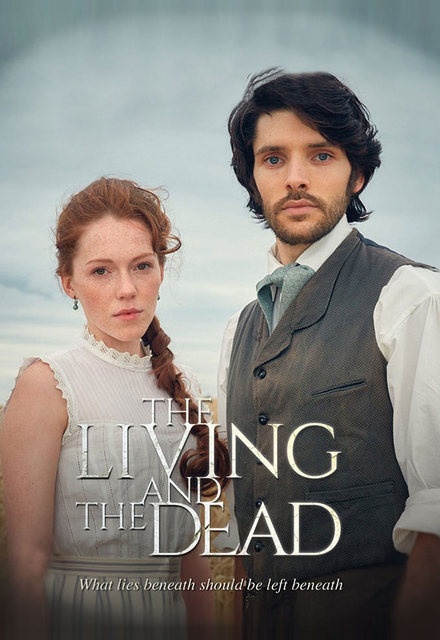 The Living and the Dead

Avg Rating (3.53)
Your Rating
Thursdays ,9:00 PM EST on BBC America
Tracked 888 Times
Concluded
1 Seasons, 6 Episodes
60 Minutes
Buy or StreamAmazonAmazon UK
BBC BBC America Drama Horror Period Drama
Set in 1894, a brilliant young couple inherit a farm and are determined to start a new life together. But their presence in an isolated corner of England starts to unleash strange, unsettling and dangerous supernatural phenomena that will start to threaten their marriage.
Share on:

Let's see how I shall start this review...oh yeah, Colin Morgan is HOT in this period drama. I love Merlin, but for five seasons I paid so much attention to Bradley's jaw and Eion's face that I didn't notice Colin as a man. The longer hair, the beard, the toned physique, the eyes, the voice...oh goodness me. *moist* With that out of the way, The Living and the Dead is good, intriguing, and better have a second season. The costuming and the acting are to be praised. What makes this different from other period dramas is how it incorporates the woman in the red jacket. I want to say more, but as this show is new, more would include spoilers, so lastly I'll say, "Watch this."

Glad to see Colin Morgan back to his BETTER acting self, his last series, Humans, was a disaster compared to his other show, Merlin. So, being the fact that this show is only a 6-part mini series I will rate this show per episode. It's weird that these are being released weekly on tv in the UK but then ALL six episodes can be watched straight off on 'BBC iPlayer' google it and you can watch them all there for free, forget about paying on 'Amazon' for these episodes.

ALL REVIEWS FOR THE LIVING AND THE DEAD »