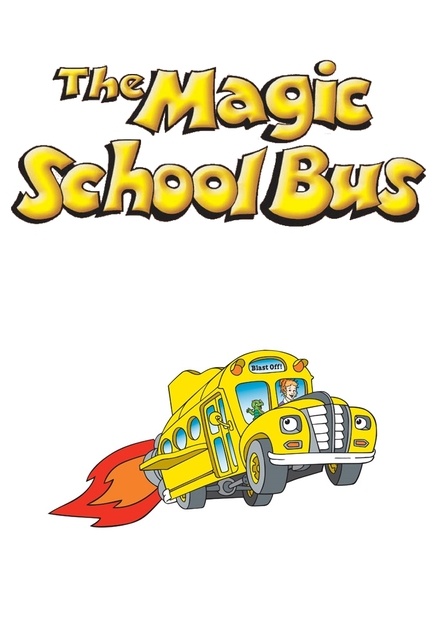 Avg Rating (0)
Your Rating
Sundays
Tracked 823 Times
Concluded
4 Seasons, 52 Episodes
Buy or StreamAmazonAmazon UK
Canadian Cartoons & Animations Kids PBS Young Kids
The Magic School Bus is a Canadian/American Saturday morning animated children's television series, based on the book series of the same name by Joanna Cole and Bruce Degen. It is notable for its use of celebrity talent, and combining entertainment with an educational series.
Share on:

Was forced to watch this in school all the time, and I enjoyed it!

This was one of my all time favorite shows. It was entertaining and informative.

every kid ever should watch this

A great and informative show for young kids that keeps them engaged and having fun while teaching them about important scientific concepts much like Bill Nye.

i used to love this show when i was a kid.

I think this show is both educational and entertaining. The show is a great way to introduce children to science concepts at a young age, as it easily holds their attention the entire time and inspires their imagination. This is a highly entertaining science series. This show has the highest artistic production values. The Magic School Bus is an educational kids' show that has held up fairly well over the course of time. It can be clever, risky, and humorous when it needs to be. It's a creative take on educational purposes that actually pull the child into what's going on. It keeps them actively engaged and is quite amusing to watch as well. This show had good voice acting, good timing on the dialogue, and all of the characters work pretty well. The interesting thing about this show is that at the end of every episode there is a small skit where the "producer" is at home receiving phone calls about the episode just witnessed. This is actually really clever because it allows the show to... break the fourth wall while still being in its own show... literally the producer of the show has Liz (the class pet) with him. These skits help explain "faults" in the episodes. The ending skit with the producer has him receive a call from someone complaining about how "Unrealistic that was". This cleverly allows the show to go into even more dangerous territory. However, The Magic School Bus doesn't avoid dangerous subjects, because it openly explains itself as to why it can do that.

I love this show. I watched it when I was a kid. I now watch it with my niece and nephews. One of the most memorable shows from my childhood. I wish school was this fun when i was a kid !!

Excellent for explaining a concept to middle years students, or as a review when trying to plan for a sub! Enjoyable for teachers & students alike!