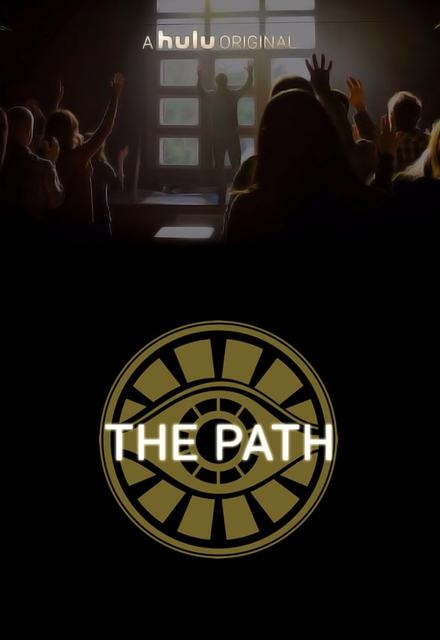 Avg Rating (3.7)
Your Rating
Wednesdays ,3:00 AM EST on Hulu
Tracked 2,383 Times
Concluded
3 Seasons, 36 Episodes
60 Minutes
Buy or StreamAmazonAmazon UK
Drama Hulu
The Path examines a couple, Eddie (Aaron Paul) and Sarah Cleary (Monaghan), at the center of a controversial movement struggling with relationships, marriage and power, with each episode taking an in-depth look at what it means to choose between the life we live and the life we want. Paul’s Eddie suffers a crisis of faith when all that he’s come to accept as truth in his life is fundamentally challenged.
Share on:

Probably means it's time for me to untrack this show when the news that it's getting a new season made me audibly groan.
Despite having Hugh Dancy and Aaron Paul and being about a freaking cult this show somehow manages to be boring and trashily shot. Maybe it's just me, but I feel somebody must have fucked up when the animated sequence at the beginning of the show is the most well made thing in it.

Despite the unique plot, good actors and good acting, this show suffers because it hasn't given the viewer a reason to care about any of the characters. It doesn't have that "oh, I can't wait to see what happens to X next episode". I'm not the type of person who needs to relate to the characters in a show in order to like it, so that isn't the reason, and I not sure what the reason is... They should wrap it up neatly this season.
EDIT 2018: Well, they didn't wrap it up and instead cancelled it with several plots unfinished. Hate it when that happens.

ALL REVIEWS FOR THE PATH »