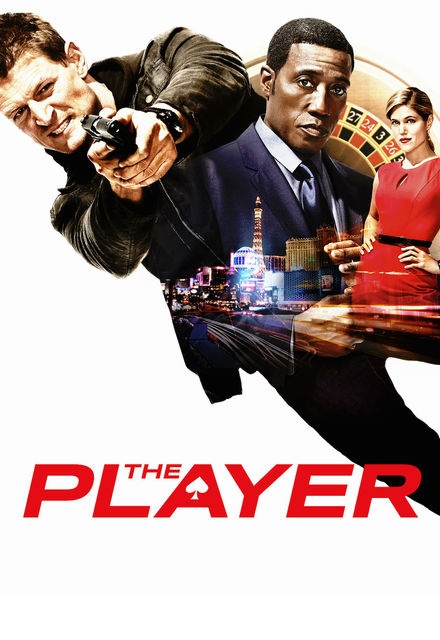 Avg Rating (3.84)
Your Rating
Thursdays ,10:00 PM EST on NBC
Tracked 3,674 Times
Concluded
1 Seasons, 9 Episodes
60 Minutes
Buy or StreamAmazonAmazon UK
Canceled Drama NBC Thriller
The Player is an action-packed Las Vegas thriller about a former military operative turned security expert who is drawn into a high-stakes game where an organization of wealthy individuals gamble on his ability to stop some of the biggest crimes imaginable from playing out. Can he take them down from the inside and get revenge for the death of his wife, or is it true what they say: The house always wins.
Share on:

The Player has an interesting concept, that now that I've seen the pilot, makes a bit more sense than having just read the logline or seen the trailer alone. The show has gotten a little bit of hate for having a ridiculous concept -- but I think it's actually a pretty great concept because it can go so many places -- unlike Orange is the New Black, which can't go anywhere.

So The Player is about an ex special forces hotel security guard who becomes a pawn in a larger game orchestrated by a mysterious group of people known as the Gamblers. An equally mysterious organization has an algorithm which can accurately predict crime and they work for the gamblers in allowing them to place bets on either side of a crime. The show revolves around a crime in which the protagonist (Phillip Winchester -- Strike Back) unwittingly becomes the player. It's a bit confusing and hard to follow ,and some of it is a bit hard to believe, but the action is non-stop, the pace is high, the stakes are high, and Phillip Winchester is a great lead. The show feels sort of like Human Target, which was a fantastic show that I miss dearly.

Overall, I didn't find the pilot for the player to be AS good as Limitless, Minority Report or Blindspot -- but it was definitely good, and I will for sure be watching it. And you should too. Even tho this show is a bit new i like it so far with just the new spin on a tv show creatived at its best. i could see this show going place , but we all know that can change

ALL REVIEWS FOR THE PLAYER »