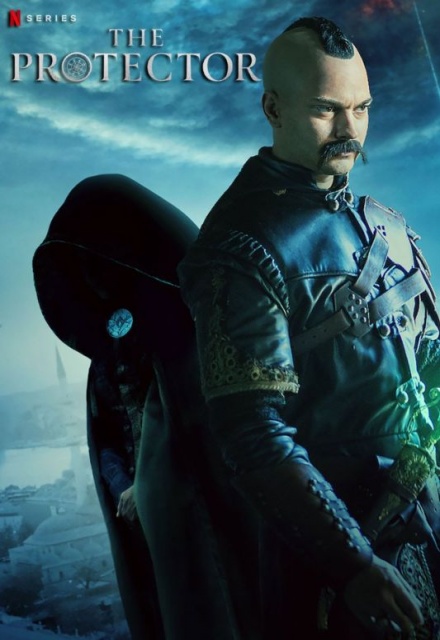 Avg Rating (0)
Your Rating
Fridays, 3:00 AM EST on Netflix
Tracked 708 Times
Current
4 Seasons, 32 Episodes
45 Minutes
Buy or StreamAmazonAmazon UK
Action Fantasy Netflix Science Fiction Superheroes
Discovering his ties to a secret ancient order, a young man living in modern Istanbul embarks on a quest to save the city from an immortal enemy.
Share on: The first season is more a mystery season. There's an immortal, but we don't know who it is. It's not much of a mystery to the audience, honestly, but the show wants us to pretend that we don't see it, at least.

The storyline is straightforward for the most part. The Protector doesn't care about Istanbul, he just cares about revenge. I don't hate that. One problem is that they don't sell his anger enough. He's too calm and level-headed to be a revenge-driven hero. He makes terrible decisions, but rather than those decisions being about his impatience, it seems more like he's just an arrogant idiot who thinks he can't do anything wrong. Another problem is that the show spends way too long trying to make us think the immortal is one person when it's all-too-obvious that it isn't that person. They could have made it a little more mysterious, I think. The misdirection fails pretty hard, but they keep pushing it for most of the season, anyway.

Despite its flaws, I liked the first season. The acting is good and the writing was simple enough that the mistakes were minor and overlookable.

The second season has a distinct drop in quality. The plot becomes convoluted and the story switches from intrigue to action. I don't hate action, but the problem is that the immortal isn't really that scary. Aside from being immortal, there really isn't anything special. The question I kept asking was, "Why don't they just lock this immortal in a box and drop it in the ocean?" The End.

Obvious questions don't get asked, and obvious solutions to problems get ignored. I really hate when no one is asking the obvious questions or making mistakes that no reasonable person would make. Season 2 annoyed me enough that I don't think I'll watch Season 3, if there is a Season 3.

ALL REVIEWS FOR THE PROTECTOR »