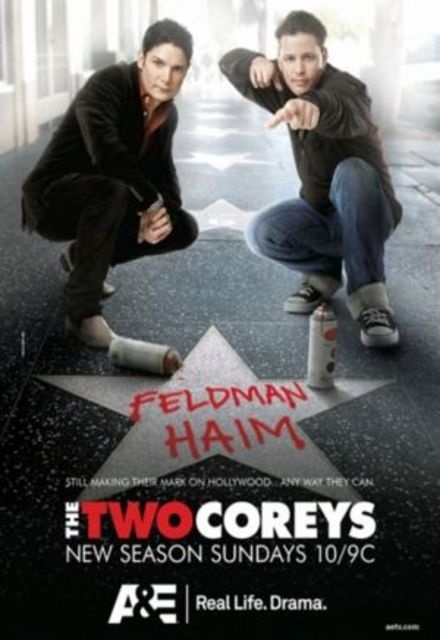 Concluded
2 Seasons, 19 Episodes
7 tracks
Buy or StreamAmazonAmazon UK
A&E Canceled Comedy
The Two Coreys - or, simply, "The Coreys" - is a reference to two popular teen actors from the 1980s, Corey Feldman and Corey Haim, who appeared in many films together - most notably, a number of successful teen-oriented films in the late 1980s. Feldman starred in Gremlins and The Goonies, while Haim starred in Silver Bullet and Lucas before being joined together in the movie The Lost Boys in 1987.
Share on: