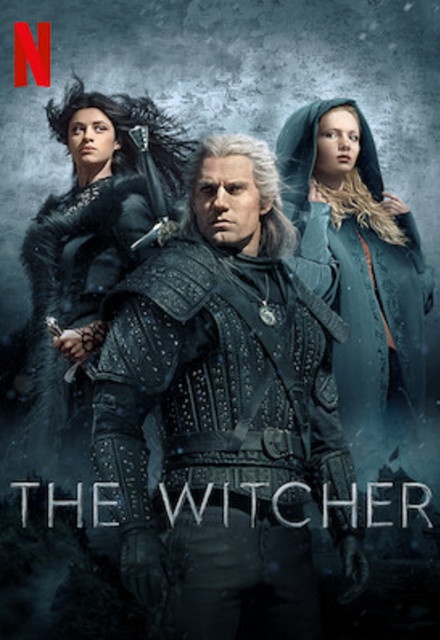 Started off kind of slow and boring but got IMMENSELY better after episode 3. Can't wait to see where they take season 2. Hopefully the writers don't backtrack and start out slow again and just build on the awesomeness that was episode 8. I know this is based on a book series, it's made me want to read them. Also, getting to watch Henry walk around in leather or no clothes is a yummy bonus :x lol.

I have never played The Witcher game and I don't know anything about the book so i can't compare the Netflix adaptation with them, so I came into this show with no expectations or preconceived notions. I started watching this mainly because of Henry Cavill and the fact that it looked interesting. The show flows seamlessly and its setting is so smooth that it can perfectly immerse newcomers with no idea of any other prior material related to the plot. It's a masterfully crafted and acted adaptation. It can be difficult and confusing to follow at times when it jumps around to different points in time without warning. The backdrop of conquest, war, and apocalyptic prophecy was well balanced with Geralt's daily routine of monster hunting, a task his kind was designed to do as a Witcher. I'd add that the magical effects were also perfectly done. They were both subtle and effective. The supporting characters and two other leads all bring this fantasy world to life with very real performances that remind us that they don't have to be saving the world from an apocalyptic danger for their stories to hold true dramatic weight, and that's also a testament to the great writing this series has. Top-notch world and character building. The series definitely has a little something for everyone. Action fans will find plenty to like in the gorgeously choreographed fight sequences, and those who enjoy character-driven drama will be thrilled to know that the characters and their interactions and dialogue are really the series' bread and butter. Masterful job in the writing, direction, and production, as well as incredibly powerful performances from all three leads along with every supporting role. The cinematography was spectacular. The series has elaborate and detailed costumes, armors, weapons and set pieces. The world of the Witcher is permeated with the fantastical, you'll see witches and wizards, monsters, and magic, and just about anything that would satisfy a fantasy lover. This show delivers, the story arcs are coherent and engaging, and most importantly there is a good pace. The Witcher is an engrossing and fun fantasy show. The music is just sublime. The music in the series builds tension, and adds depth to the scenes that it is paired with. All in all I really enjoyed this show.

ALL REVIEWS FOR THE WITCHER »