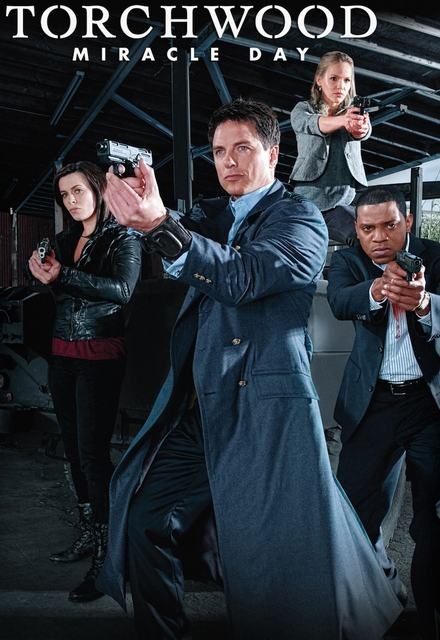 Avg Rating (0)
Your Rating
Fridays, 10:00 PM EST on Starz/BBC
Tracked 8,194 Times
Concluded
0 Seasons, 10 Episodes
60 Minutes
Buy or StreamAmazonAmazon UK
BBC British British Drama British Science Fiction Drama Futuristic LGBTQ Post-Apocalyptic Starz
The fourth season of Torchwood explores this universe: One day, nobody dies. All across the world, nobody dies. And then the next day, and the next, and the next, people keep aging -- they get hurt and sick -- but they never die. The result: a population boom, overnight. With all the extra people, resources are finite. It’s said that in four month's time, the human race will cease to be viable. But this can’t be a natural event – someone’s got to be behind it. It’s a race against time as C.I.A. agent Rex Matheson investigates a global conspiracy. The answers lie within an old, secret British institute. As Rex keeps asking “What is Torchwood?", he’s drawn into a world of adventure, and a threat to change what it means to be human, forever.
Share on:

This series/season of Torchwood was alright. I personally find it better than the first season, but not the second or third. It had an interesting concept, but I think it was drug out to much for a 10 episode season. Having it be co produced in america really took away from the sci-fi british feel which I did not like. I really would've like to see more sci-fi elements in this season and it sucks that this might be the last season of torchwood we ever get.

I'm waiting for the next season, but it is in development Hell. love this show wish they would continue It was good if not a little strange. I enjoyed it and of course enjoyable the proformances!

Loved Torchwood so much. This was alright, but it didn't fully satisfy what I wanted from it.

Not anywhere near as good as the previous seasons of Torchwood, but honestly I was just so happy to see the characters on screen again.

Complete and utter garbage! This is what happens when you take a truly spectacular bit of British programming and try to dumb it down for us Americans. Years of canon get just thrown out because they're inconvenient. If possible, I would have given this trash a 0 star rating.

I didn't enjoy this as much as the previous 3 Torchwood seasons but it was still good. I definitely didn't like that it was based in America though. It included the OTT American style of drama that Torchwood didn't have before but worth a watch if you like Torchwood.

Bring Captain Jack back to Doctor Who!

Torchwood, in general, was a favorite of mine. It is missed.

Torchwood: Miracle Day was, at least for me not a series by itself, but season 4 of Torchwood. And in that sense it was not quite as brilliant as Doctor Who, but what the hack, it kept some beloved characters rolling and the Doctor Who feeling alive...If DW was good for you, so will Torchwood.

A good follow up to the series, but it is different than the rest.

I prefer the characters in the British version, but this storyline is quite intriguing. The concept is that on Miracle Day, people stop dying. While it seems like a Blessing at first, the true horrors of this situation become rapidly apparent. It isn't the usual Torchwood story, but it is good.