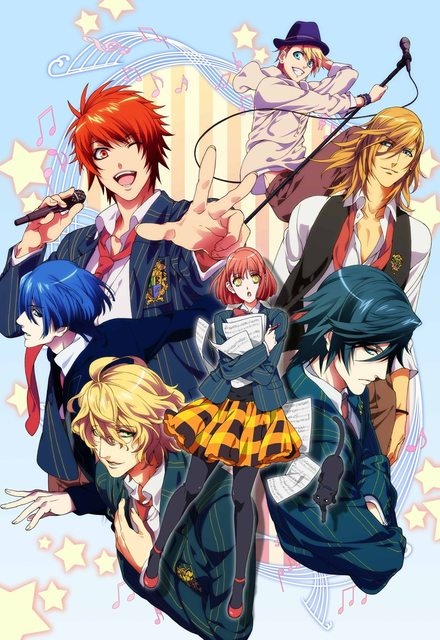 Concluded
2 Seasons, 26 Episodes
43 tracks
Buy or StreamAmazonAmazon UK
Anime
With dreams of becoming a composer and someday writing a song for her favorite idol, Haruka Nanami enters the Saotome Academy, a prestigious performing arts school. If successful there, she'll be able to join the Shining Agency after graduation. However, it won't be so easy when Haruka is already surrounded by potential idols and composers. On top of that, her homeroom teacher is a current idol, the headmaster was a record-breaking singer, and the academy itself is an eccentric place where anything could possibly happen. In the end, right at the graduation, two students are to be teamed up by the choice, one will take the role of the idol and the other should be the composer. After being paired up, they will sing a song that was both composed, written and sung by them. If successful, they will join and take the spot as the new Shining Agency debut artists. In addition, romance is strictly prohibited at their school. So which prince of song will be paired with Haruka? Uta no Prince-sama is definitely an exciting modern-day romantic comedy.
Share on: