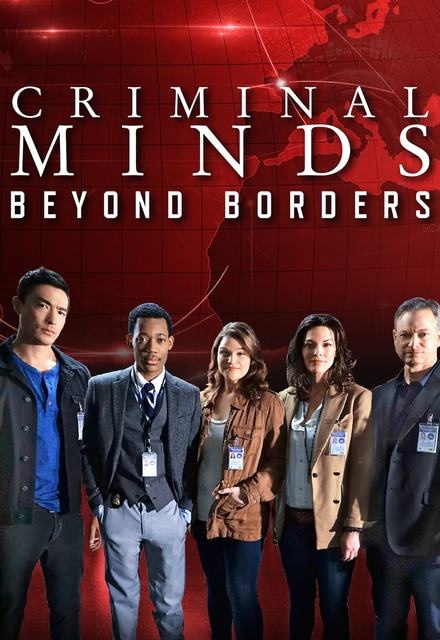 Avg Rating (3.8)
Your Rating
Wednesdays ,10:00 PM EST on CBS
Tracked 6,995 Times
Concluded
2 Seasons, 26 Episodes
60 Minutes
Buy or StreamAmazonAmazon UK
CBS Police Drama
"Criminal Minds: Beyond Borders" stars Golden Globe and Emmy Award winner Gary Sinise in a drama about the specialized International Division of the FBI tasked with solving crimes and coming to the rescue of Americans who find themselves in danger while abroad.
Share on:

Exotic locations can only do so much, unfortunately they are unable to cover a multitude of sins in Criminal Minds: Beyond Borders. There’s the blatant Xenophobia of the entire premise to start with, no to mention cultural stereotypes and cheesy script writing on top of sub standard acting and a lack of chemistry between the leads.

The characters themselves are very basic police procedural stereotypes: the leader who’s a sharpshooter but prefers peaceful discussion; the cultural expert/encyclopaedia of all knowledge with an emotional back story; the muscle of the team who has a large family; the rookie who’s also incredibly sassy but secretly wants to be accepted onto the team. If the actors gave amazing performances then I’m sure that even these basic charterers could be interesting, sadly they’re verging on robotic at times and ruthless at others.

The best parts of the show are the random cameos from beloved Criminal Minds characters (only reminding you how characterisation should be done) and Monty, the technical analyst and only character with a hint of personality on the show.

However, even after all my negativity, the CM addict in me is still tuning in for episodes. Who knows, maybe the series will be a slow burner but until then the 2.5 star rating stays!

EDIT: Season 2 is no better, if anything the cultural insensitivity is worse, reducing to a 2 star rating...

I love Criminal Minds and I was very disappointed with the first spin-off they tried (Suspect Behavior). I liked this new team right off the bat. The story was very interesting and I was hooked half-way through the first episode.

ALL REVIEWS FOR CRIMINAL MINDS: BEYOND BORDERS »