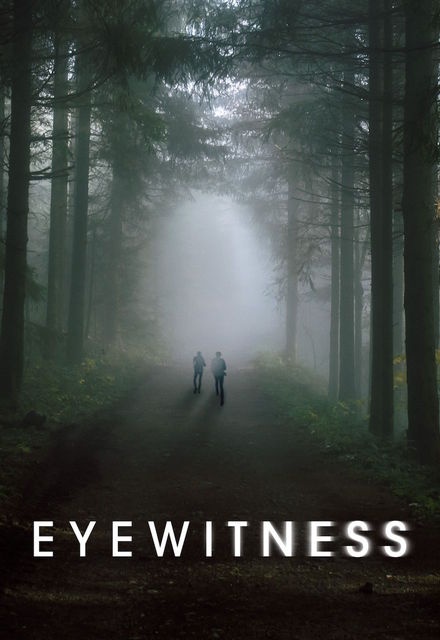 Avg Rating (3.75)
Your Rating
Sundays, 10:00 PM EST on USA
Tracked 1,219 Times
Concluded
1 Seasons, 10 Episodes
60 Minutes
Buy or StreamAmazonAmazon UK
Drama Thriller USA Network
"Eyewitness" delves into the lives of two innocent teenaged boys after they secretly meet up in the forest, bear witness to a shooting and barely escape with their lives. Desperate to keep their relationship a secret and in fear of being found by the perpetrator, they remain silent but soon learn that what has been seen cannot be unseen and when you witness a horrible event it changes everything, forever.
Share on:

FANTASTIC! this show has got me hooked :O totally on the edge of the seat stuff after the first 15/20mins. Ignoring all the same sex stuff that's happening in the show, that BTW don't bother me one bit, this was a FANTASTIC show. Been a LONG time since I watched a show and the first episode has pulled me in like that. I HOPE TO GOD this show gets a season 2, it was oiginally planned as an anthology series, let's hope it DOES get renewed. The cast are all amazing, nice stories, and the chemistry between them all is just WOW! It's RARE I give a show top marks on a first season but THIS one deserves it.

I love it. I really didn't expect to, I'm not sure why, so I used this show as kind of a stand in while waiting for another to come out, I never expected to get so hooked! When I got to episode 8 and realised it wasn't out yet I wanted to scream, I can't wait and that just proves how much I like this show. The chemistry between Philip and Lukas is amazing!
Update: so the season is over and nothing changed for me, I still loved every minute of it. And while the ending seemed almost dull after everything else that happened, I was still okay with it. I feel like everything's sorted out now, everything's just right.

ALL REVIEWS FOR EYEWITNESS »