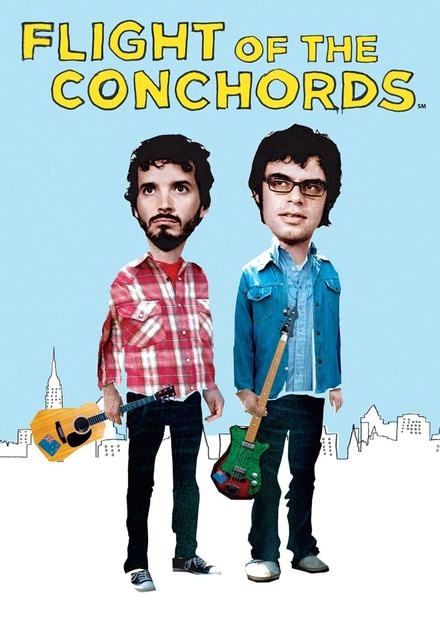 Flight of the Conchords

Avg Rating (0)
Your Rating
Mondays, 5:00 PM EST on HBO
Tracked 5,856 Times
Hiatus
2 Seasons, 23 Episodes
30 Minutes
Buy or StreamAmazonAmazon UK
Comedy HBO Music Sitcom
Flight of the Conchords is an American television sitcom that follows the adventures of a comedy duo of the same name as they seek to achieve fame and success in New York City. The first episode of the series aired on HBO on June 17, 2007.
Share on:

Two Kiwi's living in New York. This is an underrated gem, with great comedy, and great music.

Flight of the Conchords is a sitcom that isn't easy to pull off. Even though they did a decent job with the music and execution of the show, it ultimately failed. The show is funny at times, has some good music but is also slow and some of the songs kinda suck. Overall it was a decent attempt but eventually they had to know the show would die.

I miss this show. It was always funny. The music is hilarious. The characters were funny. And, most importantly, Kristen Schaal.

You will probably love this show, or hate it. The cast is hilarious and the music always makes me laugh. What more could you want in a show...besides more seasons. Brilliantly captures the humor in the awkwardness and absurdity of everyday life in a way that I thought could only be done with adlibbing, improv, or light-hearted documentary, but they managed to do it with music!

Such a hilarious show and nothing like anything I have seen before.