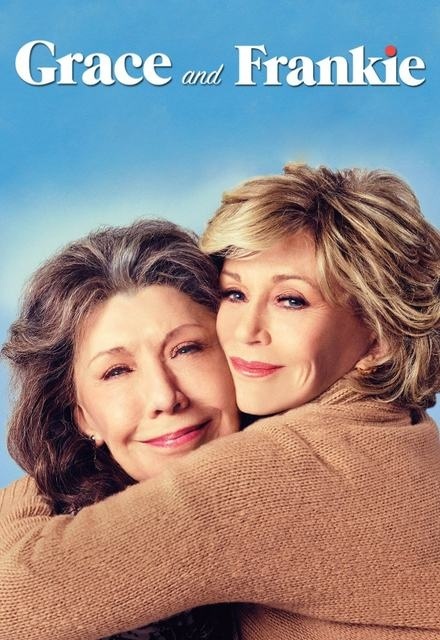 Avg Rating (4.15)
Your Rating
Fridays ,3:00 AM EST on Netflix
Tracked 9,141 Times
Hiatus
6 Seasons, 78 Episodes
30 Minutes
Buy or StreamAmazonAmazon UK
Comedy Drama LGBTQ Netflix
Grace and Frankie stars Jane Fonda (“Grace”) and Lily Tomlin (“Frankie”) as a pair of frenemies whose lives are turned upside down - and permanently intertwined - when their husbands leave them for each other. From executive producers Marta Kaufmann (“Friends”) and Howard Morris (“Home Improvement”), the funny and fearless series takes on aging with gusto, as Grace and Frankie face starting over in their 70s in a 21st Century world, from facelifts to Facebook, joint pain to joint rolling and blind dates to night blindness. The comedic drama also stars Martin Sheen and Sam Waterston, along with Brooklyn Decker, Ethan Embry, Baron Vaughn and June Diane Raphael.
Share on:

Glorious in every way! It's such a refreshing comedy!

Now they need to bring in Dolly Parton for Season 2.

I love everyone involved, I think the issues they tackle are so important and I love the fact that Sheen and Waterston's characters are being true to themselves, that's wonderful.

But, I can't bear the writing, it's dated, by at least 10-15 years. Never in my life did I think that I would not be able to sit through a show with my idol, Martin Sheen, plus the exceptional Jane Fonda, Lily Tomlin and Sam Waterston. I like the juxtaposition of how Waterston's character is eagerly embracing his new life whilst Sheen's character is wanting to take things much, much slower - and quieter! It's a good way of showing their conflcting views.

I'm also not sure that Sheen's casting was the best idea as he seems disconnected from so much of the show - and I've sat through the West Wing box set several times so it's not that I don't love him and his acting.

So much, that I'll watch the first couple of eps of Season 2, just to see if its improved. It's only my opinion, I just wish they (the writers) had put more effort into keeping it relevant and emotional. This is the show I should be eagerly binge watching over and over or eking out ep by ep just so I can enjoy it even just for a moment longer. I am so sad that it's not, as the opening episodes were fantastic. But, sometimes shows lose their way ('Lost') and then come back better than ever - I dearly hope this is one of them.

ALL REVIEWS FOR GRACE AND FRANKIE »