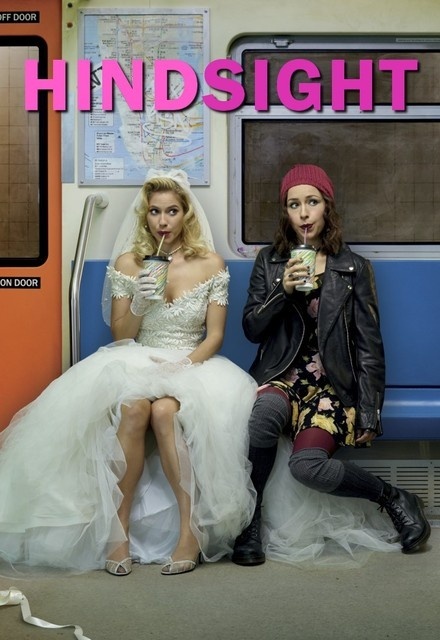 Avg Rating (0)
Your Rating
Sundays, 10:00 PM EST on VH1
Tracked 1,636 Times
Concluded
1 Seasons, 10 Episodes
60 Minutes
Buy or StreamAmazonAmazon UK
Canceled Drama VH1
Hindsight, whose pilot was directed by Michael Trim, stars Laura Ramsey, Legend Of The Seeker‘s Craig Horner and Sarah Goldberg. It centers on Becca (Ramsey) who, as she nears 40, is about to embark on her second wedding to Andy Kelly, but her joy is tempered by the absence of her old best friend Lolly (Goldberg) who’s a no-show, having dropped out of their relationship years ago. As Becca mulls over her past with Lolly and the mishap of her marriage to her first husband, Sean (Horner), she wakes up on her wedding day and discovers that it’s 15 years in the past – she’s about to marry Sean, her own parents are still married, and Lolly is still in her life. Becca must now decide to either go ahead with her marriage to Sean and watch the years play out as they have before, or chuck it all and try for a re-do of the history of her life that’s still in the future.
Share on:

A nostalgic drama that every 40-something will relate to. Imagine being able to travel back twenty years to the mid-90s and have the chance to change the decisions you made, to rewrite the life you've lived. Becca is given such an opportunity. She is helped along the way by her best friend Lolly.

So far this has been a fun, quirky, insightful and engaging. It's easy to engage with and surprisingly emotionally engaging. It's also made me remember that life before smart phones was a real pain.

This started out well, but now it seems like Becca's just gonna be running around in circles making the same decisions over and over again. And is it really possible to have a time travel show set in NYC where its character goes back to the end of the 20th century without mentioning 9/11? I mean, I know it's not that kind of show, but at some point that's gotta come up, right? And I don't see this show handling that well. imo, if you're gonna ignore the time paradox of time travel, go balls out! "Being Erica" was WAY better than this.

ALL REVIEWS FOR HINDSIGHT »