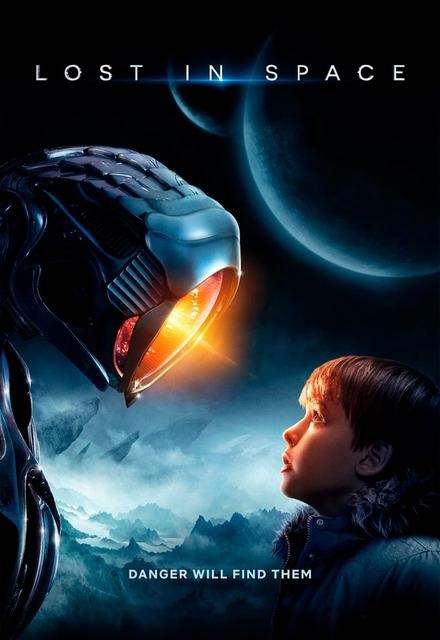 Avg Rating (0)
Your Rating
Fridays, 3:00 AM EST on Netflix
Tracked 6,018 Times
Hiatus
2 Seasons, 20 Episodes
60 Minutes
Buy or StreamAmazonAmazon UK
Drama Netflix Science Fiction
A revival of the cult classic series, this epic but grounded science-fiction saga focuses on a young explorer family from Earth lost in an alien universe and the challenges they face in staying together against seemingly insurmountable odds.
Share on:

The first episode is bad but it gets slightly better as the series progresses. The pseudo-science is rife. Like a sci-fi show written by English majors who don't like Sci-fi and looked up random science facts in an old Encyclopidia Britanica and then mis-interpreted them into a story plot while drinking copious cheap whiskey and eating Oreo cookies.

The several perplexing plot points slowly unfold with each episode, but its one of those weak plots where the writer creates illogical situations simply so other chaaracters can react in illogical ways so they aren't sitting around doing nothing. Like I've mentioned elsewhere, the original show wasn't good, it was just unique at the time and had females. Its melodrama. A soap opera. Its cheesy sci-fi. I'm much more of a hard sci-fi fan. There simply is no reason not to get the science right and still have a creative well written plot.

They obviously spent some serious money on this, too bad they didn't hire better writers. It could have been much better. The casting is bad in general. The star wars rip offs replete.

Will: Not a super genius in this version, kind of a dullard, Luke Skywalker (controls the robot weapon)
Mr R: Hardly the go getter that the character was in the old show and movie, more of a lone wolf, Obi Wan
Don West: Not a Major in military in this version, a criminal smuggler, Han Solo
Dr. Smith: Not a doctor in this version, Darth Vader (both helps and hurts the hero equally, Darth causes the death star to be blown up by releasing the plans to track the rebels, if you recall - called the Contagonist in Dramatica story theory, you can see Dr. Smith helping at times and hurting people at other times.)
There is no obvious Princess Leia, probably going to be Judy.
There is no obvious Chubaca, betting a lovable animal comes into the fold by the end of the season.

I'm going to watch the rest of the season, if for no other reason than to find out if Mrs. Robinson had an affair with a black man. Maybe the leader of the expidition. Inquiring minds want to know.

- You can crash land from space without so much as a case of whiplash.
- The only injury is caused by a large metal filing cabinet that for no reason is not bolted to the ship.
- Your ship can suddenly sink into the ice which inexplicably suddenly melts.
- But then the water refreezes in seconds as if on cue.
- Ice on top of a mountain has salinity, ie salt (the stupidest thing so far).
- If you are a scientist, you can crash land on an unknown planet and somehow know without any evidence that the tempurture will drop to 60 below.
- It can rain liquid water but its still so cold out that the same water refreezes nearly instantly on the ground.
- I in no way think the man playing the role of the father is fatherly. He's just wrong for the part. Bad casting.
- A dense lush forest just happens to abutt a super cold glacer. An arid desert is also nearby.
- Weird wormhole blackhole-like sparkly objects can suddenly pop up in space when you need to be lost for no other reason than its in the name of the show.
- In show Oreo commercials, several, they hold up the box to the camera like an advert and talk about them for about 30 seconds total.
- I'm pro females in shows. And I like Parker Posey "Starbucking" the Dr. Smith role. But the writing is soo juvinile. And why a fake Dr. Smith (can women not be Doctors)?? Why wouldn't she just have stayed with the guy who helped recue her, there was no reason to think a truck would be rolling by and see the flare, she would have died in the storm. And wow, her sister was dating the security guy and he didn't instantly notice it wasn't her?? [If the Earth was going to be hit by an extinction level event, and there was a lifeboat taking the chosen rich away to the new world (sickening christian allegory), there would be riots to get aboard. Security would have caught an imposter even with the correct chip. Even the inept TSA would have stopped her.]
- The robot doesn't speak AT ALL, except to inexplicably say "Danger, Will Robinson, Danger!" moments after hearing 3 words of English. Horrible writing. Ruined an iconic aspect of the show.
- An alleged astrophysicist says: "we are trillions and trillions of light years away" - except the universe is only 156 billion light years wide.
- They completely ruined the theme song. I love the old theme song. It was catchy and fun. They butcher it with star-wars-esque brass bellowing like sick cows.
- The Jupiter 2 ship purely coinidentally looks like the Millenium Falcon.
- Its purely coincidental that the ship flies out of the ice cave as if it was the asteroid worm from Star Wars IV or the caves in Star Wars VII.

- Scenery is cool even if illogical climate zones exist side by side
- There are many Jupiter spacecraft, which opens up a lot more possibilities for other survivors to add to the story (I could see a 'The 100'-like plot falling out of this set up fairly easily).

LOST IN SPACE - SEASON ONE

An attempt to resurrect camp - without the camp. The resulting show has lost all of its fun quirkiness but doesn't offer viewers a new reason to watch instead.

For a show with such a large assortment of bright spots, its dimmer parts become all the more irritating.

ALL REVIEWS FOR LOST IN SPACE »