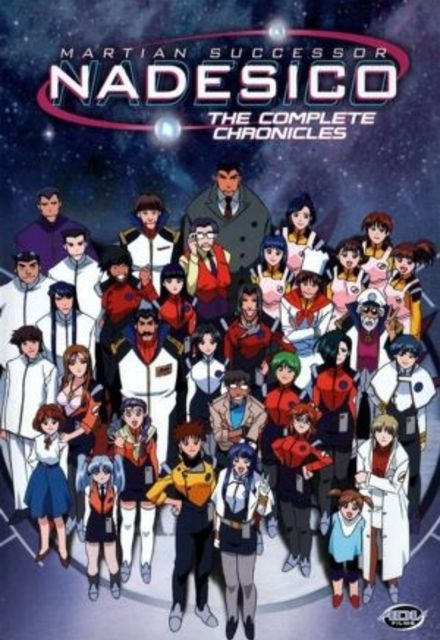 Avg Rating (0)
Your Rating
1 Seasons, 26 Episodes
7 tracks
Buy or StreamAmazonAmazon UK
Martian Successor Nadesico or Mobile Battleship Nadesico (often shortened to Nadesico)[1] is a science fiction comedy anime TV series, and a later manga series created by Kia Asamiya. The manga, published in English by CPM Manga, is significantly different from the anime. Anime News Network reported that plans for Nadesico 2 were scrapped saying, "Stellvia director Tatsuo Sato has stated on his website that plans for the Stelvia (sic) sequel, as well as any possibility of a sequel to Nadesico, are now impossible. He does not explain further.".
Share on: