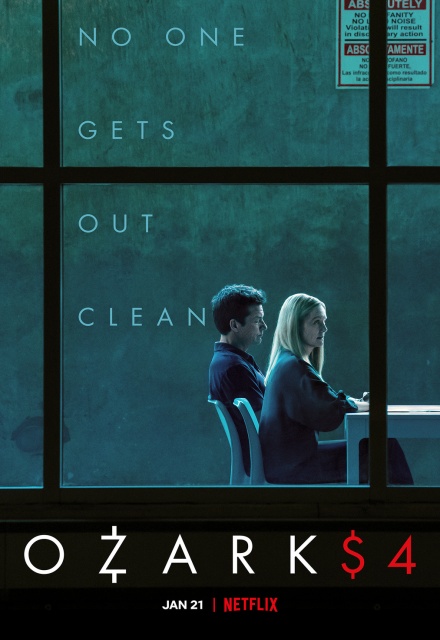 An intelligent and darkly wonderful show that Jason Bateman shines in. What more could you want?

I've been waiting for this since I read the pilot in 2016. That said, it's always a bummer when a much-anticipated show disappoints. What went wrong here? Thin characters and an irredeemably contrived plot.

OZARK presents characters that are merely shallow representations of boring people. The show doesn't give us anyone to care about other than the innocent kids. The protag, Marty, is supposed to be a good guy driven by necessity to do bad things. But really, he’s not. Marty’s a bad guy (he’s been laundering money for over 15 years—this isn’t a new development) who chooses to continue doing bad things. (In a poorly-executed parallel) Walter White began making drugs for his family’s financial survival upon his impending death. That’s understandable, relatable even. On the other hand, Marty’s entire predicament is merely the consequence of the bad things he’s already been doing for years. Marty wasn't ashamed of what he'd done. He didn't regret it morally. He willfully laundered money because he wanted to be a multimillionaire upon retirement (another 20 years from now). There’s not much for the audience to get emotionally attached to from that considering he’s a “finance guy,” which implies that he could have still become a millionaire through honest investing (ya know, the same way 99% of investors do it)… he just didn’t wanna? I could get into the wife and the local antagonists, but why bother when the main character is lackluster enough for them all? At least he’s played by Jason Bateman, which makes him almost watchable.

And then there’s the plot, which is contrived, repetitive and predictable. Marty owes a drug lord (Del) $8M. He promises to return the drug lord’s money within 3 months by moving his money laundering scheme from Chicago to rural Missouri (a twist that only would’ve worked if the location change had been demanded by Del). The drug lord knows this is a feeble stalling tactic, but he allows it anyway in order for us to have a TV show. Marty must then overcome a series of rote obstacles in his pursuit of this repayment “plan.” And those obstacles are exactly what you’d expect: theft (securing $8M in cash is hard!), unwillingness (not everyone wants to be criminals!), and rivals (rural MO already has drug lords and money launderers!).

Seriously, the job of a writer is to present a story in a way that the average audience member couldn’t have conceived. Unfortunately, the writers here completely fail at that, creating little more than a BREAKING BAD rip off that is woefully dull.

ALL REVIEWS FOR OZARK »