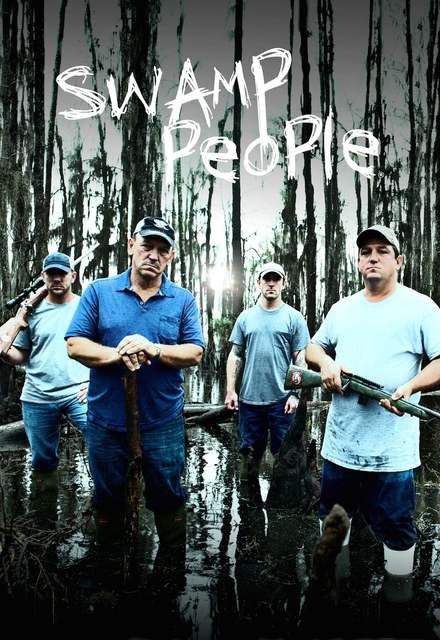 Current (United States)
14 Seasons, 266 Episodes
60 Minutes
373 tracks
Buy or StreamAmazonAmazon UK
History Channel Reality
Deep in the heart of Louisiana lies America's largest swamp–a million miles of inhospitable bayous, marshes and wetlands where nature rules and humans struggle to tame it. Many of its inhabitants are the hardened descendants of French refugees who were forced out of Canada in the 18th century and settled in this harsh yet majestic environment. Today, these people are known as the Cajuns, a group renowned throughout the world for their flavorful cuisine, distinctive music and vibrant culture. Resilient, self-reliant and fiercely independent, the Cajuns of the Atchafalaya Swamp still carry on many of their ancestors' trades and traditions.
Share on: You get secretly excited for these, but don't admit to anyone that you watch them. Unless they do first and then it's a full blown gab session.

There is almost nothing better in life than eating dinner with your partner in front of the tv, watching a great show you both like, while in your comfy clothes. Am I right or am I right?! These are shows we get excited to put on after a long day of work. (Some only after the meal is over *gory factor*)

Having a bad day? These shows will pick you right up with their quick witted dialogs or non-complex content. From Veep to The Bachelor you'll either laugh with these show, or at them, either way, you're laughing!