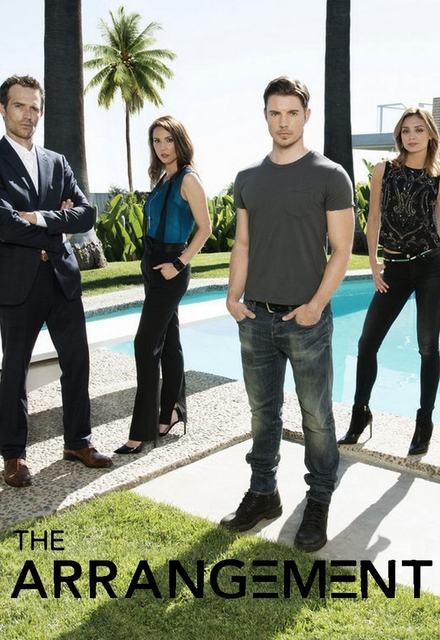 Avg Rating (0)
Your Rating
Sundays, 9:00 PM EST on E!
Tracked 3,124 Times
Concluded
2 Seasons, 20 Episodes
60 Minutes
Buy or StreamAmazonAmazon UK
Drama E!
Described as a Cinderella story for modern times set in Hollywood, the drama follows Megan Morrison, a beautiful young actress who auditions for the female lead in a summer blockbuster playing opposite Kyle West, the hottest actor of the moment. After an amazing audition segues into a dream-like first date, Megan’s Cinderella story takes a turn to the bizarre when she is presented with a contract that details an entire relationship with Kyle. Megan must weigh her options and the benefits and consequences to her career and her life overall… and decide whether or not she will accept “the arrangement.”
Share on:

Many of the storylines in the show are expected but also quite far-fetched. It's not everyday that an unknown actress magically lands a major acting job, lose a boyfriend, gain a new boyfriend and travel to Mexico - all in the span of one episode. It feels like some things were moving too fast, almost like they were thrown in to just impress viewers in the pilot. Also, I think that there are many missed opportunities to explore other storylines further such as the death of Kyle's ex-lover, as it feels like this was brushed over, and Nic and Annika's relationship (Who is Annika really, and what is her endgame?). I'm also not into the Institute of the Higher Mind controversy; it hasn't lived up to all the hype that everyone keeps mentioning in the show.

I think that the character Megan is quite strong and complex, and is a great lead alongside Josh Henderson's Kyle. I expected her to be more shy and less confident as she is thrust into the limelight, but alas, her character is a breath of fresh air. It's not the most gripping drama, but it still has some angles to keep viewers interested. I'm looking forward to the final few episodes of this season, and hope that Season 2 will be a lot better.

ALL REVIEWS FOR THE ARRANGEMENT »