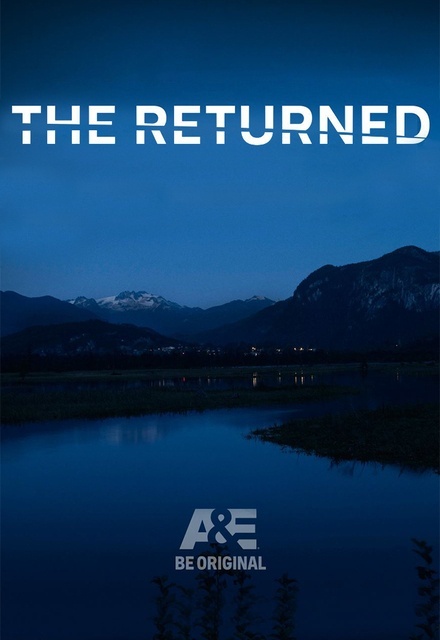 Avg Rating (0)
Your Rating
Mondays, 10:00 PM EST on A&E
Tracked 2,853 Times
Concluded
1 Seasons, 10 Episodes
60 Minutes
Buy or StreamAmazonAmazon UK
A&E Canceled Drama Fantasy Horror Mystery Supernatural
The Returned focuses on a small town that is turned upside down when several local people, who have been long presumed dead suddenly reappear, bringing with them both positive and detrimental consequences. As families are reunited, the lives of those who were left behind are challenged on a physical and emotional level. Interpersonal relationships are examined with intrigue and depth as strange phenomena begin to occur.
Share on:

This show is NOT Resurrection, though both shows have people returning from the dead who don't seem to know what has happened to them. This show is a bit darker than Resurrection...at least so far.
And more importantly, this show is not copying Resurrection.... Resurrection is based upon a 2013 book called "The Returned" and just got to air first. On the other hand, this show, The Returned is based on the 11 year old French 2004 film, "Les Revenants" aka "They Came Back". The film was also made into a French TV show in 2012, which is 3 years ago... so again, this TV show is based on the original, while Resurrection is forth to the table (fifth if you count Babylon Fields from 2007 of which you can watch the unaired pilot on Vimeo and is supposedly being remade by NBC).

ALL REVIEWS FOR THE RETURNED »