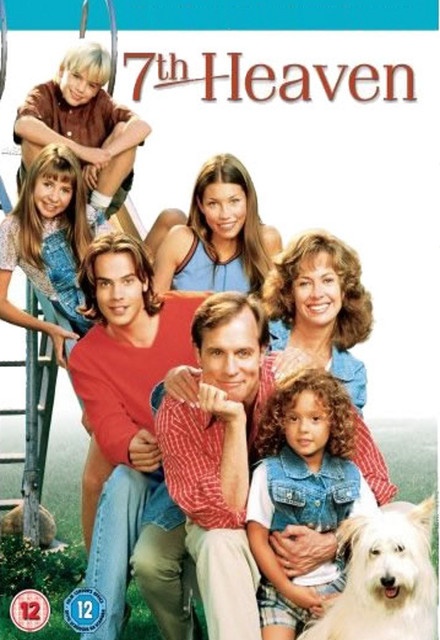 Concluded (United States)
11 Seasons, 245 Episodes
60 Minutes
752 tracks
Buy or StreamAmazonAmazon UK
Canceled Drama Family Soap Opera Teen The WB
The central characters are "Reverend Eric Camden", his wife Annie, and their seven children. "Reverend Camden" is the senior pastor of the Glen Oak Community Church, whose Protestant denomination is typically never disclosed (with the exception of an episode that was narrated by Simon in season 8, and in a season 11 episode in which Annie coments on how Protestants can't have a confession and in season 6 episode 15 when Matt tells Sarah Glass that his father is Protestant). In most episodes, any Christian element remains ostentatiously unstated, and indeed the actual word "Jesus" is rarely mentioned. One can, however, rule out some US fundamentalist denominations considering that Lucy has become a clergywoman, given that some American Protestant denominations do not permit women to occupy a clerical position.
Share on: these series ended on there terms, some of these finales were epic and will forever go down in tv history as amazing. and some were absolutely trash (cough, castle, cough, cough). but all in all they got to run there course which is all any writer/tv fan wants closure Before They Were (Movie) Stars

Some of today's biggest movie stars got their starts on tremendous TV shows. Shows I grew up around A little too cliché

Well, the title says it all, those series are a little too much.