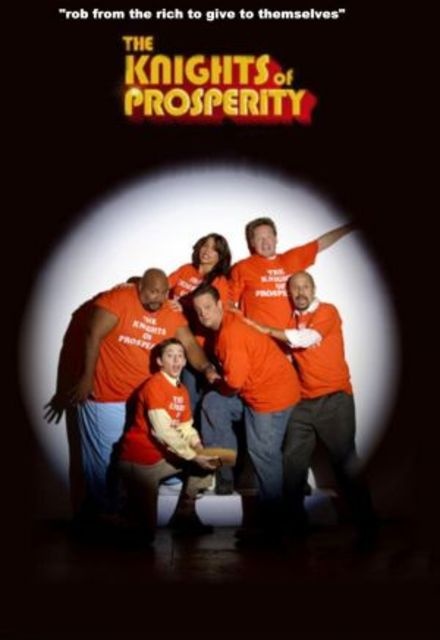 The Knights of Prosperity

Concluded
1 Seasons, 13 Episodes
8 tracks
Buy or StreamAmazonAmazon UK
ABC Action Canceled Comedy Crime Heist Sitcom
The Knights of Prosperity is a TV comedy series that premiered on ABC in the United States on Wednesday, January 3, 2007 and lasted less than one season. It was created by Rob Burnett and Jon Beckerman, who also created the NBC comedy-drama Ed. The show follows a group of misfits?the titular Knights?who attempt to rob various celebrities, the first being Mick Jagger. Later in the series, the attempt to rob his luxury apartment failed, and the team moved onto new targets Kelly Ripa and later Ray Romano.
Share on: Shows I loved that aren't around any longer. I Didn't Choose the Thug Life...