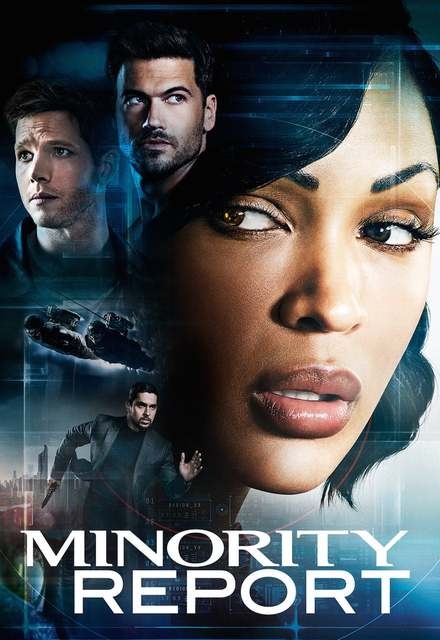 Concluded (United States)
1 Seasons, 10 Episodes
60 Minutes
4,173 tracks
Buy or StreamAmazonAmazon UK
Canceled Drama FOX Futuristic
Based on Steven Spielberg's international blockbuster film and the first of his films to be adapted for television, Minority Report follows the partnership between a man haunted by the future and a cop haunted by her past, as they race to stop the worst crimes before they happen.
Share on:

Any kind of show featuring police, detective work, or mystery - from the serial killers Dexter and Hannibal, Bones the forensic anthropologist, to comics and comedies like Marvels Agent's of SHIELD, Chuck, and Brooklyn Nine-Nine.